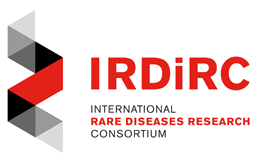 The IRDiRC Consortium Assembly consists of public and private/corporate funders in rare diseases research as well as umbrella organizations of patient advocacy groups. Holding periodic closed meetings, the member institutions update each other through a series of roundtable discussion and topical sessions. AMED joined IRDiRC in 2015, since when it has been getting closely involved in IRDiRC's core activities such as the planning of the 2017 IRDiRC Conference in Paris, France, and the inception and publication of the new set of IRDiRC goals for 2017-2027.

The 6th Consortium Assembly face-to-face meeting was held in Tokyo, Japan, to reflect its global membership and AMED's agency-wide initiative to host this important discussion. During the meeting on Friday, 10 November 2017, a featured session entitled "Strengths and Challenges in Rare Diseases Research in Japan" was delivered to the participants to share broad trends in the traditional yet unique Japanese Nan-Byo research landscape. With opening remarks by the Parliamentary Secretary for Health, Labour and Welfare, the session was joined by distinguished investigators from academia, and by officers from the Ministry of Health, Labour and Welfare (MHLW), the Pharmaceuticals and Medical Devices Agency (PMDA), and AMED, to cover a wide variety of topics including policy, regulatory, funding, data-sharing, and research environmental issues.

Japan has been recognized for a long time in the medical industry, with its leadership position contributing to bringing Asia Pacific as one of world's three major developed markets besides North America and Europe. However, especially in the field of rare diseases, advancing international collaboration has never been more important than today. AMED has proven this by making a significant step towards diagnostic revolution through its recent initiative; it continues to do so through strategic partnerships with like-minded people, for the betterment of society and everyone's lives.