The Clinical Data Interchange Standards Consortium (CDISC) develops and supports global and platform-independent data standards that enable information system interoperability to improve medical research and related areas of healthcare. It is an international interdisciplinary NPO established in 1997. In October 2016, the PMDA began accepting submissions of electronic clinical trial data conforming to CDISC standards by applicants of manufacture and marketing authorization of new drugs (this procedure was implemented by the FDA in previously years). In the future, conducting clinical trials including investigator initiated ones complied with to the CDISC standards will become necessary from the planning and implementation stages. Sooner or later, it is expected that we will oblige to conduct on the basis of CDISC standards for the AMED's contract research.

AMED's membership with the CDISC was expected to contribute greatly to supporting medical R&D, including drug discovery, from the academia in Japan by gaining information and leading the institutions concerned. Thus, the AMED joined the CDISC on August 4, 2016. Drug companies, the ARO Council, CRO, PMDA, and other organizations from Japan have participated in the consortium's endeavors, and lively activities continue to take place among user groups. CDISC members gain opportunities for training and education related to the organization's standards. AMED is able to respond to promotions and consultations regarding the use of CDISC standards when implementing clinical trials. In addition, participation in the CDISC Advisory Council enables the AMED to reflect Japanese voices on the CDISC.

The CDISC Open Symposium will be held in March 24, 2017; this symposium aims to disseminate the importance of CDISC standards to researchers involved in clinical research. It is sponsored by the AMED and cosponsored by the University Hospital Medical Information Network (UMIN) 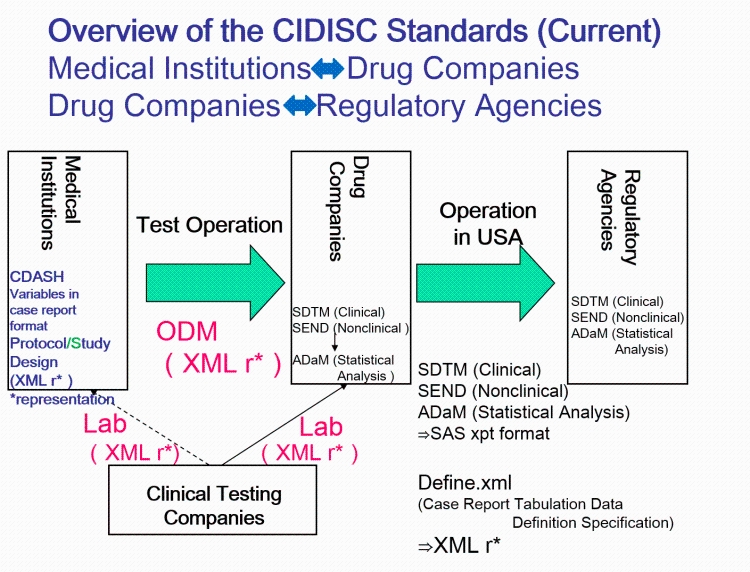