The Joint Programming Initiative on Antimicrobial Resistance (JPIAMR) is an international initiative launched by the European Union in 2013 with its Secretariat in Sweden. JPIAMR facilitates collaborative actions among the Members for research funding on infection control against antimicrobial-resistant organism, appropriate use of antibiotic, and strengthening of AMR surveillance. As concrete activities of JPIAMR, there have been joint calls for proposals on AMR, information sharing among the Members on AMR, and convening of various experts' meetings.

AMR, which causes antimicrobial drugs to become ineffective, has globally spread and become a serious concern to public health. In 2015, the World Health Assembly, the decision-making body of WHO, endorsed the “Global Action Plan on Antimicrobial Resistance." In the same year, the health ministers agreed on joint efforts to combat AMR at the G7 in Elmau, Germany. In 2016, AMR was treated as one of the top priorities for global health at the G7 Ise-Shima Summit. In Japan, the “National Action Plan on Antimicrobial Resistance" was formulated prior to the G7 Ise-Shima Summit, and it clearly stated the promotion of R&D to control AMR in coming years.

AMED participated in the board meeting held by the JPIAMR in Warsaw in October 2015, where AMED gave the overview of its organization and funding activities for research on AMR. AMED also explained the Japan Nosocomial Infections Surveillance (JANIS), which serves as a surveillance system for drug-resistant organisms in Japan. In October 2016, AMED-funded researchers participated in JPIAMR Workshop in Oslo: “The interplay between AMR Surveillance and Science" and exchanged ideas regarding surveillance with experts from other countries. It is expected that AMED will further contribute to this initiative, through various activities, such as their joint mapping efforts for the coming year.

* Pictures at Board Meeting in Warsaw in October, 2015 (in a separate file) 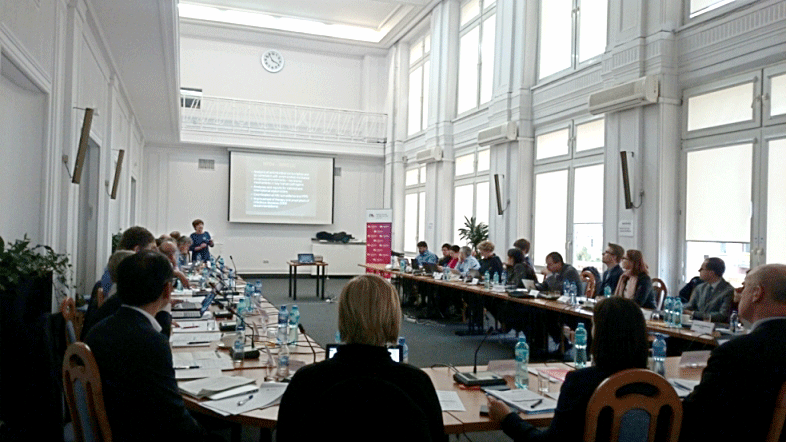